A young man has sparked outrage online after sharing loved-up photos with his underage bae who is reportedly a High school student.

Photos of the “couple” have been trending on social media platforms (both on Facebook and Twitter) – with many online users labeling the man a pedophile and also calling for his arrest.

After being blasted and criticized for shamelessly posting the photos online, the young man deleted them but by then the ‘harm had already been done’.

Twitter user (@MynameisNiro) is the latest recipient of Made Men Music Group singer Tekno‘s benevolent act on Twitter as the singer gave out 500 thousand Naira to her.

The “Pana” crooner has announced earlier today that he would be giving half a million Naira to a lucky person which he would pick at random.

After she tweeted at him, he quoted her tweet citing her as the winner.

Tekno requested for her account number and fulfilled his promise by transferring N500k to her. The happy fan was over excited and share

Recall in July 2016, the former Juventus star and Dencia were spotted together in public (see here and here). In October, the pair were also reported to have kept guests at the five-star Lowry hotel awake with their ‘loud sex moans’ (Read here)

Yesterday, Pogba was pictured flirting and cuddling up with an unidentified young lady during a training session at UCLA’s Drake Stadium, LA

Later in the evening, the midfielder was spotted taking the same lady out for dinner at swanky Hollywood restaurant Tao, and he later bought a rose flower for her from a street seller.

So I was eavesdropping on my colleagues or maybe not eavesdrop, I heard their conversation about Yomi Casual proposing to his longtime girlfriend, when I…

It seems the row between Blac Chyna and Rob Kardahian is about to go from social media to the court of law. Blac Chyna‘s attorney has revealed he is investigating which legal actions can be taken against Rob Kardashian for posting numerous explicit photos of his ex-fiancée on social media.

“I am exploring all legal remedies and protections available to my client at this time in attempts to best advise her on how she may want to proceed,” Walter Mosley said in a statement to PEOPLE on Wednesday evening.

Mosley said his client is taking the matter seriously after Rob, 30, took to Instagram on Wednesday to blast her in a series of graphic posts. Chyna responded on Snapchat by claiming that Rob hit her, an allegation many people did not buy. Asides posting her nudes, a source close to Chy

Rob, 30, took to Instagram on Wednesday to blast Blac Chyna in a series of graphic posts. Chyna responded on Snapchat by claiming that Rob hit her, an allegation many people did not buy.

Asides posting her nudes, a source close to Chyna said Rob has sent people over to Chyna’s house to pick up things that don’t even exist.

Blac Chyna who has been called out online for promiscuity by her former fiancé Rob Kardashian, looks unbothered in these new photos she shared online.

More photos after the cut… 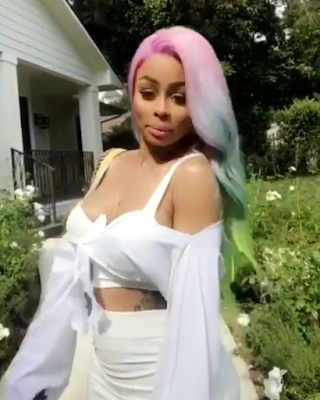 A new report claims that each Instagram post of Cristiano Ronaldo, Selena Gomez, Kim Kardashian and Kylie Jenner, earns them over £300,000.

The research which was carried out by Instagram schedulers, Hopper, puts the Real Madrid’s striker third in their top-10 earners’ list, behind only singer Selena Gomez and Kim Kardashian.

In the case of the Portuguese striker, who has a large following of 106million on the social network, he’s being paid £310k per post because he’s a prolific contributor who regularly adds multiple images each day of his excursions around the world.

According to the Instagram schedulers, Singer Selena Gomez who boast of 122million followers is top of the list with earnings of £425,00 per post. While Kim Kardashian who’s placed in the second position with 100 mi

Popular socialite Vera Sidika took to her Snapchat account today to rant about ‘bitter’ women angry at her because their husbands and boyfriends fellow her +18 antics on social media. 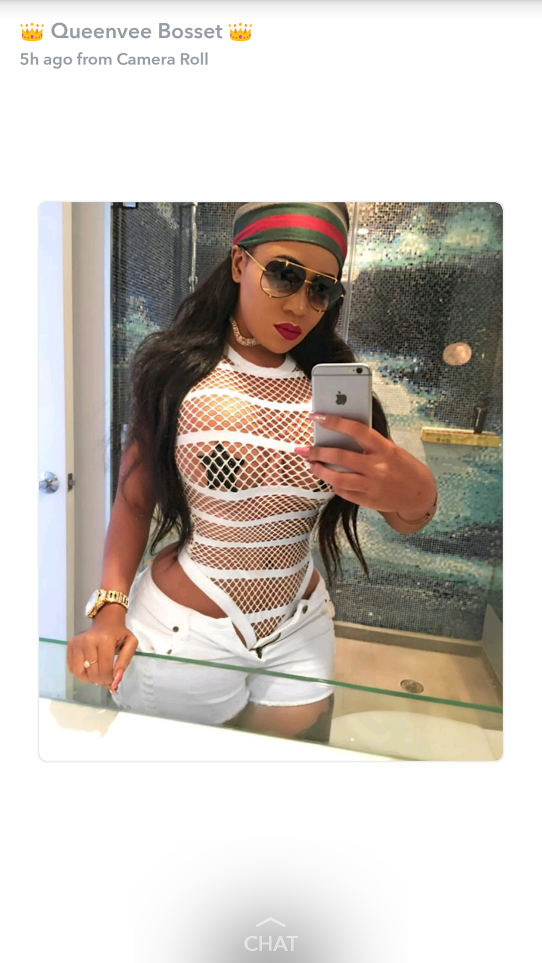 Vera also scolded mothers requesting that she should limit her scandalous posts because their underage children keep up with her.

See more screenshots after the cut… 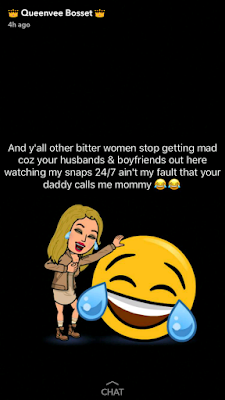 Footballer Cristiano Ronaldo introduced his newborns twins to their big brother Cristiano Jr during their ongoing first family holiday together.

He took to his Instagram page to share a photo of himself and his seven-year-old son cuddling the twins and captioned it; “Blessed”

This is one of the posts submitted to Break or Makeup on Instagram: Bom I am here to beg my husband: Darling, I know you love…